Above photo: The Labs at Carnegie Library of Pittsburgh is a program for teens who want to learn to make using art supplies and digital technology. During this Remake Learning Days workshop, teens can explore a variety of processes with the help of mentors.

Maureen Frew had an epiphany.

The kindergarten teacher was working at home preparing worksheets for her class, but she had begun to doubt their worth.

“I’ve always felt that kids — especially little kids — learn best with their hands,” Frew says. “Sometimes we ask them to do things that they’re physically and mentally not able to do. One day my husband said to me, ‘Those worksheets aren’t your students’ work. They’re your work.’ ”

Frew thought for a moment. Then she looked at him and said, “You know what? You’re right!”

She began her effort to remake learning for her students. First, she brought hands-on projects into her classroom “kind of incognito,” she says. “Back then, maker projects weren’t something that most schools encouraged.”

Today, maker spaces are everywhere — in classrooms, libraries, museums, and community centers. Now a full-time maker educator, Frew splits her work week between the MAKESHOP at Children’s Museum of Pittsburgh and the maker space at Avonworth Primary Center.

“I’ve kind of been able to come out of the closet as a maker,” she jokes. “It’s incredible to see 25 kids come up with 25 different products. It’s their vision. It’s what they want to do. I see this innovative spirit in them — they begin to believe in themselves and understand how to follow their own ideas.”

Frew and her students are in good company. For 10 years, Pittsburgh’s Remake Learning Network — a coalition of more than 250 schools, universities, libraries, startups, nonprofits, and museums — has worked to turn the region itself into a classroom.

On May 15, Remake Learning kicks off the second iteration of Remake Learning Days with a free, family-friendly drop-in party at PNC Park, where families can get a preview of the upcoming 12 days with dozens of hands-on activities, along with food and refreshments.

The festival — running from May 15-26 — is billed as the world’s largest open house for innovative teaching and learning. Spanning southwestern Pennsylvania and West Virginia, Remake Learning Days is expected to draw at least 30,000 kids and their families to more than 350 events.

“Remake Learning Days will give parents an inside view of what’s possible,” says Dorie Taylor, the festival’s producer. “They’ll see their kids doing stuff like building robots, using LEGOs, or playing Minecraft. And they’ll see that it’s more than just play — kids are using these tools to change the world.”

Last year’s inaugural Remake Learning Days drew tens of thousands of people. The mix included officials from the Obama White House and executives from companies like Google and Chevron, who collectively committed more than $25 million to advance teaching and learning.

After the festival had turned heads everywhere — from Forbes magazine to the World Economic Forum — organizers decided to expand the schedule this year, from seven days to 12.

“What we heard after last year’s event was that it would be great to have a way for families to choose events based on their children’s interests,” Taylor says. “We came up with theme days as an easy way to categorize what’s happening — each event is color coordinated on the website and in the brochure. We think it will help parents and caregivers better navigate the experience.” Themes include: Arts Maker, Outdoor Learning, Science, Technology, and Youth Voice.

Remake Learning invested in its website, too, so parents can effortlessly explore the huge lineup. You can search by location, date, subject, or category.

Taylor herself will be among them. “I have a 5- and an 8-year-old,” she says. “They’re artistic, they’re creative, and they like technology — just say the word ‘robot,’ and they’re automatically in. My 8-year-old son is in a coding class right now, so we’re going to check out some tech-related events and try to do some outdoor learning stuff, too.”

There’s plenty for older kids, too.

“A lot of the events are geared toward high schoolers, so we hope they get out there and experience this,” Taylor says “Local tech companies are doing some exciting things, like holding an open house at TechShop Pittsburgh and an app demo at Duolingo.”

Beyond the festival’s sheer scale, Remake Learning Days represents something even bigger: a seismic shift in our national thinking about how kids learn, says Gregg Behr, co-chair of Remake Learning and executive director of The Grable Foundation.

“Back in 2006, we started hearing from educators again and again that they weren’t connecting with students the way they used to,” he says. The reasons for this were myriad, Behr would soon learn. “We started digging into the learning sciences and realized that the way kids grow up today — which is vastly different than how prior generations grew up — was changing the very ways they process information and form identities.”

Today, kids can access infinite amounts of information in an instant. Many have access to tools that were unthinkable just a decade ago. They have online platforms and identities with a potentially global reach. Despite these technological leaps, our school system — established more than a hundred years ago — has gone largely unchanged.

Behr set out to find a solution, convening a series of informal breakfast meetings between teachers and technologists. The group steadily grew as ideas and collaborations formed, eventually becoming Remake Learning. The coalition’s members span disciplines and industries, united behind a shared goal of creating learning opportunities that engage kids and prepare them for a changing world.

Their efforts are paying off.

“We see kids in museums building robots,” Behr says. “We see students in classrooms learning to code. We have librarians running music studios and hip-hop artists teaching poetry. Remake Learning Days is a way to showcase this and to celebrate the hard work of so many learners, educators, and families.”

The festival isn’t just for kids. With more than 70 professional development events, Remake Learning Days gets educators involved, too.

Those include EdCampPGH, which brings educators together for an “unconference” created on the fly; a workshop at Carnegie Science Center teaches 3D printing; and Pittsburgh Center for the Arts will help educators bring stop-motion animation to their students.

It’s this interdisciplinary, creative spirit that appeals to teachers like Frew.

Most importantly, she says, educators are once again connecting with their students.

At Avonworth, she says, “we have an afterschool group of girls called Jam Enterprises who are actually young entrepreneurs. They make something in our makeshop, then turn around and sell it and donate the proceeds to a nonprofit. It’s business, math, and science all working together. 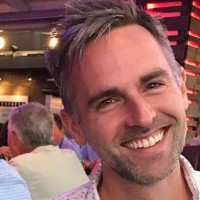