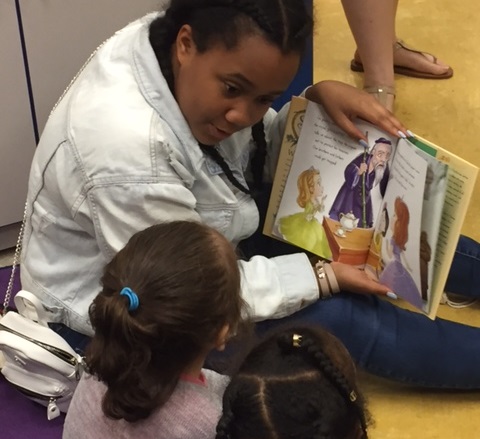 3 cool – and free! – book programs for Pittsburgh kids, from tots to teens

Pittsburgh has always been a place that values the written word. It’s the real Mister Rogers’ Neighborhood, after all, and the adopted home of Andrew Carnegie, the industrialist who opened dozens of his namesake libraries all over town.

Local literacy programs are in full force. Some initiatives give kids an appreciation for books before they even learn how to read. Another nurtures teen readers who also care about writing.

Here are a few programs worth writing (and reading!) about. Best of all, they’re free!

Two-and-a-half years ago, United Way of Southwestern Pennsylvania set a lofty goal for itself: Improve childhood literacy rates by putting 100,000 new books in the hands of at-risk kids. Why? Research has shown that students who read at grade level by the end of third grade are four times more likely to graduate high school.

With six months left to fulfill its promise, the organization has already collected 105,000 books. We call that a win!

On March 8, United Way will hold its first-ever Big Book Drop at World Vision Warehouse in Sewickley. More than 200 community volunteers and representatives from corporate-backer KPMG will help distribute 40,000 books to local youth agencies, schools and other kid-focused organizations. The volumes were purchased or donated through First Book, a nonprofit social enterprise that provides new books, educational resources and other essentials—including coats, snacks, and hygiene kits—to educators serving children in need.

“We didn’t just want to give kids books,” he says. “We wanted to connect them with someone modeling good reading skills so they had that example as well.”

United Way partnered with 76 youth programs across Allegheny, Butler, Westmoreland, Fayette and Armstrong counties to connect kids with volunteers dedicated to helping them start a new chapter of their lives as enthusiastic readers.

“Reading is the key to being successful,” says Maria Blohm, managing director of KPMG. “We’ve reached our goal, but this is only the beginning and there are a lot of different ways we can continue this momentum.”

United Way and its sponsors will continue to hold book drives and other literacy programs. Want to help make an impact in your community? Click here.

The program is as simple as it is exciting: Once a month, kids in the City of Pittsburgh will receive a free, age-appropriate book in the mail, specifically addressed to them. Kids from birth to age 5 are eligible to receive the free books.

The idea comes from a partnership with the Dolly Parton’s Imagination Library Program. Since 1995, the country music superstar has mailed more than 113 million books, for free, to children in the United States, Canada, Australia and the United Kingdom.

The City of Pittsburgh will establish a pilot effort to introduce Dolly’s program through a $250,000 grant from The Benter Foundation, which was founded in 2007 to help communities and individuals thrive. The cost is about $25 per child for one year.

“Research shows that early literacy experiences including access to books in the home are fundamental ingredients for future academic success,” says Tiffini Simoneaux, manager of the city’s Office of Early Childhood in Mayor Peduto’s Bureau of Neighborhood Empowerment. She is leading the city’s enrollment in the program through outreach and engagement with local organizations that work with young children and families.

“This program will enable young children throughout the city to build a home library of up to 60 books,” she says.

Bookish in the Burgh

This one-day Pittsburgh Cultural Trust festival celebrates teen literature and teen writers. Planned for March 23, Bookish in the Burgh: Pittsburgh’s Teen Book Festival is being held in conjunction with the Pittsburgh Humanities Festival.

YA fans who want to learn more about their favorite writers and develop their writing skills will appreciate the writing workshops, interactive lectures, readings and book signings.

In “Fresh Teen Love Stories,” Kathryn Ormsbee (“Tash Hearts Tolstoy”) and Kheryn Callender (“This Is Kind of an Epic Love Story”) will discuss writing contemporary love stories that are inclusive, authentic, and relevant. Two New York Times best-selling authors Morgan Matson (“Save the Date” and “The Unexpected Everything”) and Pittsburgh’s Rachael Lippincott (“Five Feet Apart”) will chat about creating characters that readers can’t help but love.

Other writers—there are eight in all—will take a look at creating complex family dynamics and exploring twisty mysteries.

The day ends with “It’s Lit in the Burgh,” a book-signing party for teens, hosted by teens.

Bookish in the Burgh is already booked solid, but kids can request to be added to a waiting list.

Due to the high enthusiasm for Bookish in the Burgh, organizers hope to make it an annual event that gets bigger and better every year. To make that happen, interested parties are asked to donate, volunteer or become a community partner through its website.