Story by Joyce Gannon. Photo above courtesy of MomsWork.

When Megan Rose became director of the Center for Women in late 2019, she was charged with leading what she called “a strategic refresh” of the program. The Center has been providing vital resources, including financial literacy, career-building assistance and mentoring, to women in the Pittsburgh region for nearly a decade.

And then suddenly, just a few months after her arrival, the COVID pandemic upended work, childcare and other facets of daily life for most women.

Rose, a parent of two sons, knew that working moms were among those shouldering the most pandemic-related stress in 2020 as they juggled their own jobs with remote schooling, child care, domestic chores and keeping their families healthy.

Two years later, the Center for Women has rebranded as MomsWork and has shifted its focus to supporting working mothers.

“I could see pretty quickly that pandemic-related disruptions would impact working moms tremendously,” says Rose. “So it was a natural evolution to strengthen programming around their experiences. The pandemic showed us in stark relief that working families and working moms need all the support they can get.”

MomsWork is a project of the National Council of Jewish Women Pittsburgh, a nonprofit that has operated in the city for more than a century. The Squirrel Hill-based nonprofit defines itself as a progressive social services organization with a mission to “stand up for the needs of all women, children and families.”

All MomsWork programming — including educational and networking opportunities — is free and open to women from all socioeconomic backgrounds.

“My vision is to have programming that is relevant to challenges faced by all moms in our community — from an hourly worker at Target to a mid- or senior-level executive,” Rose says.

Educational offerings address topics such as workplace rights for mothers, including lactation protections and accommodations for pregnancy; financial wellness, including retirement planning and college savings plans; and career development skills, including resumes and workplace readiness.

The networking component includes a group of more than 330 members that Rose hosts on the social media platform LinkedIn.

Members share job openings and insight about their employers, including whether they offer perks such as flexible or remote work options and paid family leave.

MomsWork has also launched smaller support groups for working moms in collaboration with two other organizations that assist women — Brown Mamas and When She Thrives.

In addition to education and networking, MomsWork is involved in advocacy efforts for affordable and more accessible childcare, pay equity for women, and paid family medical leave.

Rose, whose sons are 7 and 3 ½, says that while pandemic restrictions are being lifted and many families have returned to familiar routines, “working moms are still struggling against these disruptions.”

Many women who quit the workforce because of child care and homeschooling responsibilities are now searching for a way to return, she says.

According to a February report from the National Women’s Law Center, which cited data from the U.S. Bureau of Labor Statistics, there were 1 million fewer women in the U.S. labor force in January compared with February 2020, while men have recovered the job losses they experienced during that time.

The U.S. economy experienced a net loss of nearly 3 million jobs since February 2020, the report states, with women accounting for 63% of those losses.

“To talk about an equitable economic recovery post-Covid,” she says, “we have to invest in the well-being of moms.”

In a statement, Teddi Horvitz, president of the National Council of Jewish Women Pittsburgh board, says “MomsWork is not just a program, it’s a movement that we expect to change the game for working mothers in our region and beyond.”

12 unique summer camps in Pittsburgh, from ziplining and glass blowing to genetic research

Thanks to a My Voice communication device, this young girl has a ‘bright future’

4 great lessons everyone can learn (yes, even grownups!) from the PBS KIDS show “Elinor Wonders Why” 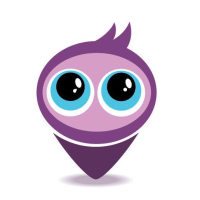