Your prescription, should you choose to accept it: Dig for worms, identify animal tracks, and build a snowman. All these fun activities require getting outside and being active, which make them perfect components of an innovative new program called Pittsburgh Parks Rx.

A powerful example of community collaboration, Pittsburgh Parks Rx is the shining result of an 18-month partnership between Pittsburgh Parks Conservancy, Children’s Hospital of Pittsburgh of UPMC and Lawrenceville United, along with support from Citiparks, the Allegheny County Health Department and other community organizations all with a common goal: encouraging outdoor activity and good health for Pittsburgh youth and their families.

The Pittsburgh Park Rx initiative will focus on the value of promoting outdoor activity for physical, emotional and behavioral health — as well as its value in fostering healthy communities and public spaces.

Prescribing outdoor activity in parks for existing health concerns is not a completely novel concept but Pittsburgh Parks Rx is unique with an inclusive, preventive approach.

“Other programs were born out of clinical studies where physicians would prescribe parks for families of overweight youth, for example. We wanted to do it differently — from a preventive and wellness perspective. What’s different about the approach we’re taking is we’ve adapted the idea to generalize it to a larger population,” said Anne Marie Kuchera, project director for community benefit initiatives at Children’s Hospital of Pittsburgh of UPMC.

Kuchera says that a growing body of research points to the health benefits of being active outside in nature, including: reduced stress, lower blood pressure, increased muscle strength, improved mood and reduced risk for childhood weight issues.

“We want people to recognize that our parks and the outdoors are a highly underutilized resource for health. We want to remind them of the tremendous value of our incredible park system — that it is a health-care resource that is highly accessible, free of charge and really at the fingertips of Pittsburgh residents,” Kuchera added.

Gavin White, community outreach coordinator for the Pittsburgh Parks Conservancy, stresses the idea that people are good for the parks, too.

“Parks also benefit when kids and their families regularly use them. The increased use helps ensure that strong bonds with the parks are formed, bringing better care from users, neighbors, and partners alike,” White said.

The Pittsburgh Parks Conservancy, founded in 1996 by citizens concerned with deteriorating city parks, serves as steward for Pittsburgh’s big parks including Frick, Highland, Riverview, and Schenley. Its work has also expanded into city neighborhood parks like Lawrenceville’s Arsenal Park, a 20-acre community space next to Arsenal Elementary and Arsenal Middle schools.

Both of these Lawrenceville schools are participating as pilot locations in the initial phase of the Pittsburgh Parks Rx program. Another pilot location is Family Care Connections, a family support center operated by Children’s Hospital of Pittsburgh of UPMC.

School gym instructors and nurses will serve as the health and wellness experts in each location, also known as the program’s first “prescribers.” (Pittsburgh Parks Rx plans to eventually include teachers, family doctors and clinics as prescribers.) The prescribers will receive custom-designed information they can build into their existing programs at school.

Each child also receives a folder full of information about opportunities in local parks, as well as activity lists with ideas for getting active outside during each season. Think: taking a fall hike with a flower and berry identification checklist, examining snowflakes after building a snow fort or photo tracking spring growth and jumping in rain puddles. All of the Pittsburgh Parks Rx activities are fun, often educational, and always active.

The Pittsburgh Parks Rx program is in full swing at Arsenal Elementary School where Edward Ashi, physical education teacher at the school, has already incorporated activity “prescriptions” into his existing program. Last fall, representatives from Pittsburgh Parks Conservancy and UPMC presented info to third-grade students during gym class and gave each child a program folder full of activity ideas and park information they could use outside of school with their families as well.

While Ashi said he already uses Arsenal Park for exercise with his students, the activities are often focused in one area like the playground or a big field. The Pittsburgh Parks Rx scavenger hunt activity he did with his students helped them work together throughout the whole park. The result? “That activity helped them know the park better,” said Ashi.

And getting to know the park better is key for Lauren Byrne, executive director of Lawrenceville United, who says the implications of the Pittsburgh Parks Rx program go beyond health benefits.

“Kids who play and explore outside are not only healthier, but they contribute to better societies, too. The social skills learned outside, and the appreciation and respect of your surroundings are key to being healthy, contributing members of a community,” Byrne said.

Byrne says the Pittsburgh Parks Rx program fits right into Lawrenceville United’s mission to improve the quality of life for people living and working in the Lawrenceville area.

Students in the Arsenal schools were among the hundreds of people who provided feedback for master plans of both Arsenal and Leslie Parks, recently completed by Lawrenceville United.

“We want kids to be excited to be in the parks and we’re hoping to see more families outside benefitting from everything our open space has to offer. Research has shown that when people use the parks more, there is more community ownership and better maintenance,” Byrne said.

According to White, the Rx program is about more than being healthy, it’s about making community connections. “The children are not getting just a prescription from their doctor but also from their school and from their community organizations,” he said.

After getting feedback from pilot locations, the Pittsburgh Parks Rx program plans to expand throughout Pittsburgh. To learn more about the program and find online resources you can take to a park near you, visit www.pittsburghparks.org/rx. 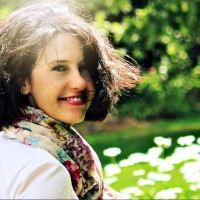 Mandy Fields Yokim is a nationally published writer and editor based in the Pittsburgh area. Her work has appeared in Parents Magazine, Blue Ridge Country Magazine, NEXTpittsburgh, Kidsburgh, TEQ Magazine, Pittsburgh Tribune-Review, Pittsburgh Post-Gazette and nearly 20 parenting publications across the United States and Canada. Her blog posts have appeared online at Pittsburgh Magazine, Kid World Citizen and Wonderaddo, the global education initiative she founded in 2013 to encourage kids and families to explore the world in Pittsburgh. She is contributing editor of regional books such as Grit, Smoke and Steam, Ultimate Pittsburgh Trivia and Bridges of Pittsburgh.
Loading Comments...