Summer is the perfect time to press the RESET button on your family’s lifestyle and make some healthy changes. And with the recent launch of the 5-2-1-0 initiative, Let’s Move Pittsburgh has some tips to get you started.

5-2-1-0 promotes four straightforward guidelines for leading a healthier life: each day, families should eat at least five servings of fruit and vegetables, limit screen time to two hours, have at least one hour of physical activity and avoid sugary drinks in favor of water. In addition, children under age two should have no screen time and televisions and computers should not be located in bedrooms.

“These simple messages are supported by scientific research for their ability to increase healthful behaviors and improve weight status in children,” says Mary Kathryn Poole, program director of Let’s Move Pittsburgh, a collaborative of local organizations committed to reducing childhood obesity rates in our region.

The new 5-2-1-0 initiative was modeled on Let’s Go!, a nationally-recognized childhood obesity prevention program that launched in Maine in 2006. Eight years after implementation, Let’s Go! shows promise with “significant improvements in awareness of the 5-2-1-0 message, fruit and vegetable consumption and limits of sugary drinks among children in Maine. Weight status has also stabilized and is trending in the right direction among certain youth populations,” says Poole.

Inspired by the success of Let’s Go!, Poole decided to bring the program to Pittsburgh. Much like its Maine counterpart, 5-2-1-0 will disseminate its message through a collaborative approach—teaming up with early childhood programs, schools, out-of-school programs, healthcare practices, workplaces and communities to get the word out to families.

“The 5-2-1-0 initiative delivers consistent messages of healthy eating and physical activity to children, families and providers in settings where they live, learn, work and play,” says Poole, who notes that one-third of children in Allegheny County were considered obese or overweight in a recent study. “By emphasizing these healthy habits, we can all help forge a brighter future for Pittsburgh’s kids.” 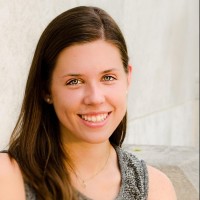 Maeve has just completed her freshman year at Wellesley College, where she plans to major in Economics. Born and raised in Pittsburgh, and a lifelong resident of Shadyside, she is a graduate of The Ellis School. Maeve is happy to be back in Pittsburgh for the summer and, when away at college, she remains passionate about Pittsburgh and her Pug Dog, Perry.