The first time Wendoll Slade walked into Dragon’s Den two years ago, he recalls that his face lit up. “That moment right there was just it for me.”

The suspended obstacle course built inside a soaring historic cathedral is impressive to anyone who sees it. But in the two years that have passed since he first encountered it, the space has become so much more than that for Wendoll.

For this 15-year-old from Homestead, it’s now a place of belonging where he gets to help kids overcome their fears and thrive.

Before Dragon’s Den opened to the public, a family friend who was on the board of the new nonprofit let Wendoll’s mom, Dayna Delgado, know that they were looking for volunteers. The then-13-year-old signed up, and has been heavily involved in the program ever since.

Before kids were allowed to climb and glide along the various sections and obstacles, Wendoll spent time sanding the course platforms so they’d be smooth. He wrapped tape around the ends of the heavy-duty cables that support the course, so they wouldn’t injure participants.

Once Dragon’s Den was safe and ready for the public, Wendoll began using his volunteer hours to guide kids—mostly elementary-aged— through the different challenges.

“My favorite part is seeing the kids’ faces after they do it — how happy they are,” Wendoll tells Kidsburgh. “Because I’ve basically felt the same.” That sense of pride and accomplishment is part of what makes Dragon’s Den so much more than just another indoor recreation space.

The nonprofit describes its purpose in the Homestead community, and the city as a whole, this way: “to enrich the lives of children and families through exciting recreational activities and innovative educational programs, while maintaining the use of the historical building for the community’s contemporary needs.”

Dragon’s Den is open to anyone who wants to pay for the fun of playing, but the nonprofit also focuses on bringing in community groups such as foster kids, scout troops and sports teams. They have free programs for local kids, as well.

His time volunteering there has definitely enriched Wendoll’s life over the past two years. In fact, he liked it so much that he decided to apply for a position once he was old enough. He officially joined Dragon’s Den as a staff member in September. It’s also become a family affair, as his mother Dayna came on board as the administrative and program coordinator earlier this month.

Wendoll is involved in many activities beyond his job at Dragon’s Den, including chorus and school musicals in the Steel Valley district, plus baseball, and boxing. When he graduates high school, he plans to pursue a career in coding so he can design video games.

His favorite event at Dragon’s Den actually included his love of performing arts: “We had a Shakespeare monologue contest I participated in,” he says, “and we worked for a good one or two months.”

Out of 1,300 students competing throughout the city, Wendoll’s Shakespeare monologue earned him a spot in the Top 40.

Wendoll plans to continue working at Dragon’s Den while pursuing his many passions. The feeling he gets from talking kids through their fears fuels his soul, and he loves the ongoing relationships he builds with kids who come back often.

When asked about the highlights of his time at Dragon’s Den, Wendoll just can’t choose one, and he’s looking forward to many more: “I don’t really know, because it’s not over yet!”

6 gorgeous miniature railroads in Pittsburgh to visit during the holidays

32 kid-friendly holiday things to do in Pittsburgh — and many are free! 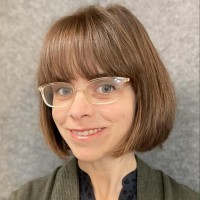