Every election season, voters brace themselves for the hostility, aggression and fact-bending that comes up in rallies, debates and ads. One candidate, the dark horse in the running, is forging silently ahead with a campaign promise of reason and kindness. His name is Pediatrician For President.

He doesn’t have a budget, so his rally route is aligned with the personal travels of his campaign manager, Dr. Todd Wolynn, CEO of Kids+ Pediatrics. He looks almost exactly like Pediatrician For President, except that Dr. Wolynn would never wear dark-rimmed glasses.

Yes, Pediatrician For President is a fictional character, but his campaign is real. His mission promotes positive political awareness of kids and their good health. So far, the campaign has made appearances in New Orleans and Pittsburgh, with plans to head to Washington D.C., New York, Philadelphia, Miami, Denver and San Francisco.

The three main pillars of Pediatrician For President’s campaign are Kids’ Health, Science, and Kindness. He explains:

These policies align with those of the American Academy of Pediatrics (AAP).

Dr. Wolynn hopes the mission of this campaign will be transferred to other candidates. A positive outcome would be for voters to start asking themselves what kind of future they want to see championed by their chosen candidate, and what questions haven’t been discussed at campaign rallies and on the debate floor.

“One million kids have lost Medicaid this year. Air quality has diminished. Preventable diseases are back in force,” says Dr. Wolynn. “Kids’ health is getting worse, as well as the things that impact kids’ health – the big buzz words like transportation, housing, safe neighborhoods, access to healthy food.”

While all that may sound doom-and-gloom, Pediatrician For President and Dr. Wolynn are optimists who see this project as an opportunity for positive change.

“If we rely on science to guide us, we have an opportunity to make educated policies and enforce them to improve kids’ health,” Dr. Wolynn says. “We think that the path is there to easily be laid out. A lot of the impetus behind this campaign is that all of these things just aren’t being paid attention to.”

Pediatrician For President supporters can help spread the word on his policies and campaign initiatives, follow and share his social media platforms: 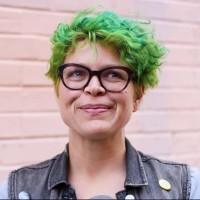