Children’s Hospital of Pittsburgh of UPMC was recently named one of the top 10 hospitals in the country for treating children with serious illnesses for the sixth consecutive year.

U.S. News & World Report ranks Children’s Hospital of Pittsburgh eighth out of 83 hospitals in their 2015-2016 Honor Roll of America’s Best Children’s Hospitals. The Honor Roll is generated from hospitals’ rankings in 10 clinical specialties, among which Children’s rated second in Gastroenterology and GI Surgery and third in Diabetes and Endocrinology. President of Children’s Hospital, Christopher Gessner, attributes the accolade to “the talent, passion and dedication of our physicians, nurses, staff and volunteers.”

First created in 2007, the Honor Roll is intended as a guide for parents and caregivers seeking the leading medical treatment for their children in 10 areas: cancer; cardiology and heart surgery; diabetes and endocrinology; gastroenterology and GI surgery; neonatology; nephrology; neurology and neurosurgery; orthopedics; pulmonology and urology.

A score out of 100 is generated for each hospital, in each specialty, using data collected from selected hospitals and the opinions of pediatric specialists. A hospital’s success in each specialty is determined by its efficacy in three areas: outcomes, processes and structures.

In the Gastroenterology and GI Surgery specialty, Children’s Hospital rated highly for its liver transplant program, its ratio of nurses to patients and its support services for patients and their families. Its Diabetes and Endocrinology department scored highly for preventing serious complications in children with Type 1 diabetes and treating hypothyroidism, among other features. 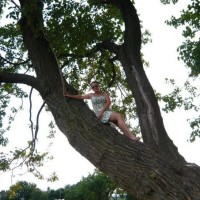 A logophile and joker, Kate Pendlebury has a PhD in Children's Literature. She would like to climb trees, but her energetic and gregarious toddler requires that she keep both feet on the ground.