Only 15 percent of workers in the United States have paid family and medical leave through their employers, leaving out 114 million employees who do not.

The good news for Pennsylvania families is a recent study conducted by the state Department of Labor shows that nearly 80 percent of adults would strongly support a statewide program to guarantee residents paid family and medical leave.

“It showed there’s strong support across Pennsylvania, not only from the people but also the employers,” says Heather Arnet, CEO of the Women and Girls Foundation and co-chair of Paid Leave for PA.

The study, funded by a $250,000 grant from the U.S. Department of Labor, allowed the Pennsylvania department to conduct a cost-benefit analysis and poll residents and employers to determine the interest. They studied similar paid family and medical leave insurance fund programs in other states to see what would work here, says Marianne Bellesorte, vice president of advocacy for PathWays PA and co-chair of Paid Leave for PA.

The proposed plan would not require employers to pay out of pocket for workers given up to 12 weeks of paid leave. Instead, through a state insurance program, workers will pay a small weekly fee to fund the program.

For example, under the proposed program, a full-time, minimum wage worker who earns $290 per week, would pay between 85 cents and $1.71 per week toward the leave insurance.

“It will be a really low cost for a really big benefit,” Bellesorte says.

Representatives from Paid Leave for PA are touring the state, gathering input from residents, hearing their stories and sharing details about the proposed program, which Arnet compares to unemployment insurance.

What they were surprised to hear were how many people ended up in bankruptcy because they didn’t have the option to take paid leave from their jobs to care for a sick family member, she says.

The study found that only 41 percent of working adults in Pennsylvania are eligible and can afford to take unpaid leave under the Federal Family and Medical Leave Act. About 21 percent of Pennsylvanians do not have the resources to survive 12 weeks of unpaid leave.

Paid family and medical leave could be used for parents for childbirth, or when they need to stay home to take care of their elderly parents.

“A lot of people are in that ‘sandwiched generation,’ ” Arnet says.

On the plus side for businesses, offering paid family leave helps with job retention.

A majority of employers indicated in the study that they support the creation of a statewide program. In Pennsylvania, 69 percent of employers do not offer paid family and medical leave, many citing financial barriers. 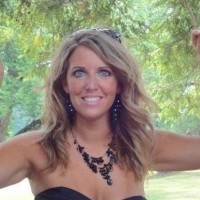