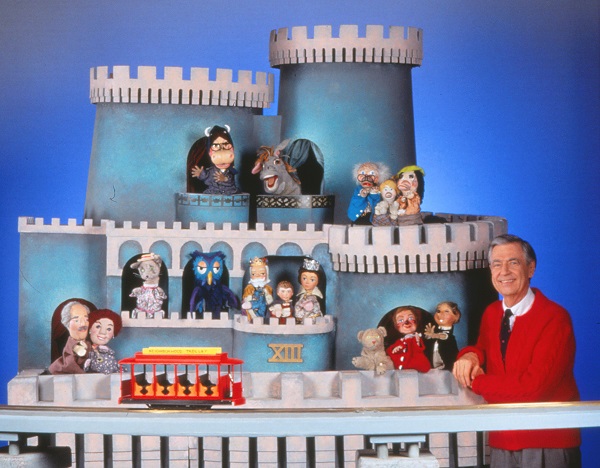 Photo: Fred Rogers with the Neighborhood of Make-Believe puppets. Photo courtesy of The Fred Rogers Company.

With the opening of the feature film, “A Beautiful Day in the Neighborhood,” we are reminded of Mister Rogers’ enduring influence over fans of all ages. But Fred Rogers’ approach wasn’t his alone. Child psychologist Margaret B. McFarland can share the credit.

This excerpt from a Pitt Med magazine article, “When Fred Met Margaret” by Sally Ann Flecker, tells the story. (Used with permission. All rights reserved.)

In the 1950s, before Fred Rogers became Mister Rogers of television fame, he was a theology student who was interested in working with young children. For counseling experience, Rogers was assigned to work under the supervision of McFarland, an associate professor in the Department of Psychiatry at the University of Pittsburgh.

That, as they say, was the beginning of a beautiful friendship.

It was a pivotal professional relationship, as well. For 30-some years, until her death at the age of 83 in 1988, Rogers and McFarland would meet weekly to discuss children, upcoming scripts, props for the show, or song lyrics. They often talked daily. So much of Rogers’ thinking about and appreciation for children was shaped and informed by McFarland’s work—actually by her very being—that to know and love Mister Rogers is to know and love Margaret McFarland.

Under her tutelage, Fred honed his intuitive approach toward children with a solid understanding of developmental principles. Not only did he script every moment of his show, but he also approached every storyline, prop, puppet and lyric from the perspective of how a child would perceive it and incorporate it developmentally.

As Flecker points out, these behind-the-scenes secrets are part of the psychology that made “Mister Rogers’ Neighborhood” so popular with kids:

1. The entrance: At the start of every show, Mister Rogers enters his house by walking in the door on the left and moving to the right. This is how children’s eyes will track when they learn to read.

2. The shoe change: While Mister Rogers is tying his sneakers and zipping his sweater, children have the opportunity to settle in.

3. The pace: The show’s unhurried pace allows children the chance to process what is being presented, the opportunity to make connections, and the space to concentrate.

4. The trolley: The trolley serves as a transition. It brings viewers into the show and ferries them from Mister Rogers’ house to the Neighborhood of Make-Believe and back safely. It also gives young children, who are concerned when parents leave, practice with issues of disappearance and reappearance.

5. Opening and closing moments: Each episode begins with Mister Rogers singing “Won’t You Be My Neighbor?” and ends with “It’s Such a Good Feeling.” Routine gives children a feeling of security.

Read the rest of the story and see the accompanying photo essay at Pitt Med magazine.