They have innovative ideas. They imagine novel solutions to problems. They make products and sell them. They manage inventory and devise nifty marketing strategies. And they generate a profit and even donate a portion to charitable organizations. Through the creation of their businesses, they grow and change on a personal level and, in small yet meaningful ways, they make the world a better place.

This description could fit the founder or CEO of many American companies, but we’re talking about Pittsburgh entrepreneurs under the age of 18. Thanks to a number of local, regional and national programs geared toward entrepreneurial youth, Pittsburgh students as young as fifth grade increasingly have access to the tools and resources to become entrepreneurs. Here are four of many local companies run by enterprising children and teens.

Like lots of young tykes, Sanjay Seshan, 12, and Arvind Seshan, 10 (featured photo above), played with LEGOs from the time they were toddlers. In the case of these two brothers from Fox Chapel, however, a budding career as entrepreneurs was being built as well.

In 2010, their parents, Asha and Srini, took them to a First LEGO League robotics contest at CMU’s National Robotics Engineering Center. From then on, Sanjay and Arvind were hooked on building LEGO robots.

This led to their entrepreneurial brainstorm—or “mindstorm”—in October 2014. They started EV3Lessons, a company that provides programming lessons for LEGO Mindstorms EV3, a LEGO kit that allows players to build and command their own robot.

Typically, there are two ways to program the EV3: using videos or books. “The problem is, you have to watch multiple videos, which takes a long time, and you have to deal with bad speaker quality and background noise. And you have to read 30 pages of a book just to learn about one topic,” says Sanjay. “Kids our age tend to spend a decreasing amount of time reading text.”

Seeing a niche market, the boys wrote a set of beginner lessons. Quickly, users—mostly robotics teams and middle school teachers—began clamoring for more, so they added intermediate and advanced lessons. “The advantage of EV3Lessons is that they are concise, customizable and give the user instant success,” Sanjay says, speaking like someone well beyond his years. “We analyze user feedback so we can constantly improve the lessons. We also offer email support, a help forum and live video conferences.”

A mere 8 months after startup, EV3Lessons is becoming known throughout the international robotics community—serving 7,700 users in 98 countries and growing by about 1,000 users every month.

In addition to writing one lesson each week, Sanjay and Arvind manage their website, social media and an international collection of contributors that create content for the site. Their partnerships include Portland State University/STEMRobotics and First LEGO League teams worldwide. The lessons are being translated into Dutch, Portuguese, Spanish and Russian “to help our site reach more children globally,” Sanjay says.

The brothers are currently raising money to file for nonprofit status and purchase equipment to teach live classes. “We want our lessons to be available to users regardless of income level, so we are not willing to charge for them,” Sanjay notes.

Sanjay and Arvind are homeschooled so after their classes they work an extra three hours each day running their business. They envision future careers as robotics engineers but for now their entrepreneurial venture is “a very nice hobby that enables us to meet other kids from around the world.”

Leah Baker Fowler, 11, of the Hill District, has a love for baking. Her mother, Tia Baker, ran a bakery out of her house in Homewood in the 1990s. Tia inherited her talent from her grandmother—Leah’s great-grandmother.

And Fowler’s older sister, Kayla, 23, is the one who inspired her to bake. Just like mom, the two sisters bonded over baking. “I just realized that I like to bake,” says the energetic fifth grader, who attends Pittsburgh Liberty in Shadyside.

Fowler’s flair for baking became a piece of cake—literally—when she started experimenting with different flavors of cupcakes. In January 2014 at the tender age of 10, Leah began her business venture, Cupcakes Most Wanted. Her customers quickly expanded beyond family and friends to include places like the Girls Coalition of Southwestern Pennsylvania, G&S Counseling Services and the Thelma Lovette YMCA. The product line includes six varieties—carrot, red velvet, chocolate, vanilla, strawberry, apple and her signature specialty, sweet potato—all made from scratch with top quality ingredients.

Six months later after launch, Cupcakes Most Wanted took first place in the baking category at the Taste O’ Da Burgh cooking competition in Penn Hills. “People really liked my baking!” Fowler says. “After that, I felt like I could do anything.”

With that icing on the cake, Fowler ventured into public speaking in front of organizations like the Girls Coalition and Food for Thought, a mentoring program that explores cooking, health and justice.

In January, Cupcakes Most Wanted went retail and began selling out of Ujamaa Collective in the Hill District, with more locations in the works. “My goal is to open a storefront with baked goods on one side and a restaurant on the other,” Fowler says. She is also planning baking demonstrations and podcasts for other children and teens online.

When not baking or pursuing her other passion of dance, Fowler vends to gain customers and works on the business’ accounting. Not surprisingly, she likes to watch Cake Boss and Cupcake Wars and is currently researching how to be a contestant on MasterChef Jr.

Meanwhile, orders are flowing in so fast that Fowler has had to expand operations beyond her family’s kitchen. She now bakes out of La Dorita, a shared commercial kitchen space in Sharpsburg, so she can quickly fill large orders. Fowler is testing sugar-free recipes for child cancer patients—which brings us to her secret ingredient. “What makes the cupcakes taste so good? Love!” she says.

Cupcakes Most Wanted can be reached at 412-853-7217, cupcakesmostwanted@gmail.com or on Facebook.

Hopes for the Best

Being a Girl Scout has taught Cheyenne Rhone, 14, of West Mifflin, many things, including survival techniques. About three years ago, her troupe engaged in an activity making bracelets out of rope to be worn while hiking. Rhone took off with the idea and continued to evolve the design and function of the bracelet.

From that initial inspiration, Rhone started a business called Hopes for the Best, which creates a specially designed Survival Bracelet made of portable rope. It may look like decorative jewelry, but the Survival Bracelet is also a tool that can actually save the wearer’s life.

“Each bracelet is made of a special material called Paracord 550,” Rhone explains. “It’s able to hold up to 500 pounds. In case of an emergency, you can unravel it and use it as a rope.” The jewelry has other utility value, as well. “It can be used as a clothes line and for easily pulling heavy objects like furniture because it can withstand a lot of weight.” The bracelets are eco-friendly, using only biodegradable materials.

With encouragement from teachers and her parents, Charlene Filsaime and Arthur Rhone, she entered her business plan in two competitions sponsored by the Entrepreneuring Youth E-Center, and took first place in both. This qualified her to take part in the iPitch competition held on March 28 in Bakery Square where she took first place in the Middle School Division. “That really gave me confidence and made me want to work harder on improving every aspect of my business,” Cheyenne says.

Hopes for the Best primarily sells its wares at street festivals and community days in places like Braddock and the Strip District. Cheyenne ran a promotion last year in which 10% of the proceeds were donated to charity.

Now she plans to enroll in business workshops, increase her accounting skills and organize instructional classes at Pat Catan’s Arts and Crafts Stores. As an eighth grader at West Mifflin Middle School, she also enjoys playing basketball and trumpet.

This summer, Cheyenne’s horizons will widen even more as she travels to Italy and Switzerland with the Girl Scouts. While overseas, she plans to spread the word about Hopes for the Best and will, no doubt, be wearing a Survival Bracelet.

Hopes for the Best can be reached at hopesforbest763@gmail.com.

Another smart young student who fared well at Entrepreneuring Youth’s iPitch competition is Grayden Sabol, a senior at Sharpsville Area High School who won first place in the High School Division. His business idea, Footmark Tracking, is the result of Sabol’s design of an archery arrow that can indicate where it landed, thereby helping hunters recoup the high cost of lost arrows.

Sabol came up with the product idea when a classmate mentioned that he was hunting the day before and had lost four arrows. “Those arrows cost him $70 a piece and he had no way to track or find them,” he recalls. “I took his experience and thought about ways to track arrows using sound.”

Sabol became interested in entrepreneurship through his involvement with The Entrepreneur Academy at Linden Pointe. With the incentive to best his classmates, he detailed Footmark Tracking in a business plan that he will present for a final class competition offering a $2,500 prize.

“That class helped me discover many new skills that I never knew I had or could have, like my ease with financial documents and public speaking,” he comments. “With these skills, I have made many very useful contacts that are willing to help me out with anything I may encounter throughout my life.”

Developing the entrepreneurial mindset was challenging for Sabol at first. “Breaking free of the standard format of school is hard because for the past 11 years, I’ve been taught to follow the guidelines. Now, I have the freedom to make my own guidelines.”

Grayden says that iPitch was an overall amazing experience and yet “walking away with first place made it even more special. That walk up to the stage to give my presentation was very intense. I could feel the audience staring at me and meeting the judges was nerve-wracking. After my two-minute pitch, I remember thinking that I had really screwed up.”

Then Footmark Tracking was announced as a winner. “I was almost in shock that I somehow pulled off being not only in the top three but number one. I was ecstatic!”

Footmark Tracking has since received two more invitations to compete in other major pitch competitions. “The feeling that I have a plan for a business that has extreme potential is finally setting in.”

Grayden is now building a fully functioning prototype. He plans to attend IUP in the fall to major in accounting and minor in (you guessed it) entrepreneurship.

Footmark Tracking can be reached by email at graydensabol@gmail.com.

If you are a student interested in entrepreneurship, check out these local resources: 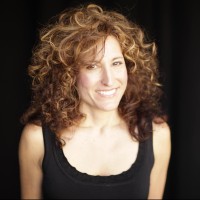