As the lights dim at the Benedum Center, you can hear the excited chatter of kids and adults in anticipation of one the most beloved holiday performances. The audience gets swept away by the magical story of Marie and her Nutcracker prince as they journey to the Land of Enchantment. And along with Tchaikovsky’s beautiful music, the crowd gets to enjoy enchanting sets that feature classic Pittsburgh places like the historic Clayton Mansion and the carousel at Schenley Plaza.

With an expected audience of more than 32,000 people, the Pittsburgh Ballet Theatre (PBT) makes a lot of magic happen during 21 performances, including a student matinee and two sensory-friendly shows.

And for Pittsburgh’s young ballet students, it’s an exciting opportunity to appear alongside gifted professional dancers.

“The young dancers are the heart of the Nutcracker,” PBT School director Marjorie Grundvig tells Kidsburgh. “They bring life to the story. The confidence and friendships the dancers gain from performing is carried with them throughout their lives and, sometimes decades later, I still hear about the impact of performing in ‘The Nutcracker’ had on them.”

What’s it like for young Pittsburgh dancers to appear in “The Nutcracker”?

With our film crew Human Habits, Kidsburgh decided to go behind the scenes and find out what happens backstage. With nearly 200 students between two casts, you can imagine there is a flurry of action, raw excitement and genuine nerves as young dancers prepare to perform onstage.

We interviewed PBT students and teachers and even caught the kids warming up for their performance. Consider this your personal backstage pass to see what it’s really like:

As students began putting on their stage makeup an hour prior to the performance, we watched the dancers help fix each other’s hair, button up their costumes and give a last look to make sure every component of the costume was in its right place.

There is quite a lot to be done: the mice and clowns do all their own stage makeup, and girls in the party scene begin working on their ringlet hair the night before the performance. The curls have to stay in place, often through two performances in one day.

Pre-professional student Elaine Blumenfield, who studies ballet six days a week and hopes to become a professional ballerina, makes sure she looks the part to help the audience believe in the magic. Although the show is hard work, she loves doing it: “It’s exciting every year and I still get nervous before each performance,” she says. “But I feed off the energy from the audience who is cheering us on.”

The opening party scene of “The Nutcracker” takes you to a warm and bustling ballroom scene as families and friends gather for a holiday party. Abbigail Goebbel, who performs as one of the party boys in the scene, loves learning new parts like this one and how it fits into the story

Ezra Teter, who plays the role of the mischievous Fritz, tells Kidsburgh he loves dance because of how graceful it is and the calm it brings.

Quinn Perry, one of the girls in the party scene, tells us “’The Nutcracker’ is a great experience and you get to dance with the Company! All the Company dancers are super nice and it’s amazing to be with professional dancers who are my role models.”

Catheryn Behr, another girl who dances in the party scene, agrees: “The Nutcracker is about the backstage memories you create with friends and the happiness we can bring to people through the magic onstage.”

Elise Gillum, a teacher at PBT and a former dancer with the San Francisco Ballet, prepares the dancers for the opening party scene.

“It’s fun to experience ‘The Nutcracker’ all over again through the students’ joy and excitement,” she says. The show “brings the students together, creates a sense of community and celebrates all the things they work so hard in class to perform onstage.”

Auditioning for “The Nutcracker” is a serious commitment for PBT students. Rehearsals begin in October, along with the regular dance classes they attend. And they have to learn fast: Toma Smith, a 20-year veteran ballet teacher, teaches the students the dances of the soldiers, mice, characters, bees, carousel and sheep in just six rehearsals. It’s a lot of work, but she feels so much pride at seeing all the dancers, especially the youngest ones.

“The Nutcracker is such a huge event and for many, it is the first time they are on the Benedum stage. I gauge how they are feeling — excited or nervous — by looking into their eyes,” she says. “It’s incredible to watch the confidence they gain throughout the performances.”

Dancer Madison Milkovich, who performs as a soldier and a clown, loves dancing in “The Nutcracker” and “seeing the behind-the-scenes process for the performance and how many people it takes to put on a production,” she says. “I’m really grateful and honored to be a part of it.”

We asked Nayala Smail, Marina Sichok, Margaret Arnowitt and Zenia Cook what it’s like to be the mice in The Nutcracker. They shared, “It’s fun to be the mice because we’re a mischievous bunch. We also have fun doing our own dances as we taunt the toy soldiers.”

For professional dancers, every show is exciting in its own way. But the dancers we spoke with tell us there’s truly something special about “The Nutcracker.”

It “brings the Christmas holiday magic with all the wonderful themes of love and redemption,” says PBT soloist dancer Diana Yohe, a member of the Company.

In the performance that Kidsburgh attended, Ms. Yohe performed the coveted role of Sugar Plum Fairy. She told us that “The Nutcracker” is what made her fall in love with ballet: “I remember when I was little and one of the kids in the party scene. I looked forward to this special experience every year. Now, as a principal dancer, I try to remember that magical feeling the kids have when performing for the first time. It’s not just about ballet but also about bringing that joy to the kids onstage and families in the audience.”

Student Karly Trezza echoed that sentiment: Her favorite part of “The Nutcracker” is “the joy it brings to others, because dance can inspire people.”

With all the effort, creativity and inspiration that PBT students pour into this show, we understand why “The Nutcracker” is just as magical for the dancers as it is for the audience.

34 kid-friendly holiday events in Pittsburgh — many of them free!

3 options for family volunteering and giving at the holidays

Pittsburgh’s First Night is almost here! Check out our guide

December is here! 12 family events in Pittsburgh you won’t want to miss this month

The Metallica Scholars program is helping fund skilled trade learning, and you can help

You can help this Kidsburgh Hero bring soccer equipment to the children of Cajamarca, Peru

15 fun indoor play spaces in Pittsburgh and the surrounding region

RSV: What do Pittsburgh-area parents need to know? 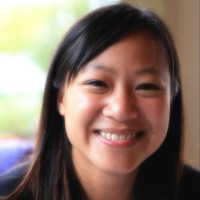