Inside Kris Hupp’s classroom at Cornell High School, American government students use laptops to study artifacts from the civil rights movement: black-and-white photos of African-Americans standing up for their rights, similar to iconic images from southern states notorious for enforcing Jim Crow laws.

Thanks to the Learning Lab platform created by the Smithsonian Center for Learning and Digital Access, Hupp is able to include a special set of photos bearing a few clues to differentiate them from the expected relics. Some photos feature activists in winter coats. One was shot in front of the Civic Arena; another references former Pittsburgh mayor and Pennsylvania governor David L. Lawrence.

When he revealed to his students that the images were taken in Pittsburgh, not the Deep South, “they were pretty floored initially,” Hupp says, attributing the revelatory moment to the Smithsonian Learning Lab platform.

With the Learning Lab platform at their disposal, Hupp and other resourceful teachers can bring artifacts from around the globe into the classroom at the click of a button.

Allegheny County was lucky enough to participate in the public beta launch of the platform for the 2015-2016 school year, when 15 local high schools gained access to an electronic database of images from everything the Smithsonian has digitized — more than 1.4 million multimedia resources and growing. With Pittsburgh’s rising fame as a center for technological innovation, and Smithsonian affiliate Heinz History Center located in the Strip District, Allegheny County is an ideal place to research the Learning Lab’s functionality, says Ashley Naranjo, Smithsonian learning initiatives specialist.

The platform, which went public at the end of June after five years of development, draws materials from sources including the Smithsonian’s 19 museums, nine major research centers, and the National Zoo.

So what are the benefits of the Learning Lab to local students? In addition to access to the millions of digital resources that Smithsonian offers, Naranjo says, the platform provides cutting-edge tools.

Among those tools is the ability to aggregate images of artifacts into meaningful collections, which is what Hupp did with his American government class. He takes the platform one step further by personally creating collections from outside sources. Even though the Learning Lab doesn’t include the collection of Pittsburgh civil rights photos in its archive, Hupp can post them to the platform under his personal account and share it with his students. Not only does this make the images more accessible and more easily processed, this feature keeps the lesson distraction-free since it’s not viewable on a public web format like Google.

Hupp admits his Coraopolis-based school district is blessed to have laptops for every student— a rarity in smaller and more rural areas. 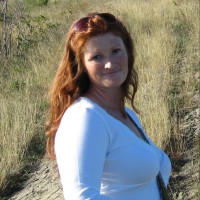 Though Elizabeth Shestak was raised in New England, her writerly roots run deep in Pittsburgh. After 10 years covering news and food in the South, she is happy to be back where it all began with a writing degree from Carnegie Mellon University -- except this time, she brings a family in tow.
Loading Comments...