This article originally appeared on our publisher’s site NEXTpittsburgh.

Pittsburgh is emerging as a national model for developing, implementing and promoting fresh new approaches to technology-infused education—especially for young children.

In an in-depth feature for Education Week, Benjamin Herold showcases many of the local leaders who are quietly propelling Pittsburgh’s cross-sector effort to support digital learning and innovative ideas and educational approaches in schools, districts, K-12 classrooms, community sites, under-served neighborhoods—and even in living rooms, barber shops and museums.

Working at the intersection of early childhood learning and cutting-edge technology, Pittsburgh is successfully supporting a coordinated and collaborative effort to improve connected learning across the city and region, through a unique partnership that actively brings together and engages teachers, philanthropists, community stakeholders, parents, technologists, administrators, researchers, advocates—and kids themselves.

And national experts are smitten with the approach and are taking note.

One reason it’s working? “Pittsburgh is absolutely a leader when it comes to building a learning ecosystem for the 21st century,” said Constance M. Yowell, the director of education at the Chicago-based John D. and Catherine T. MacArthur Foundation, which is supporting the city’s efforts. Ms. Yowell described the city’s active funders and universities, as well as the willingness of unlikely partners to work together, as “core ingredients for really dynamic learning opportunities.”

Now, the national support is building:

Then in April of 2014, on the strength of the Kids+Creativity Network, which serves as the connective tissue for more than 200 organizational partners, Pittsburgh became the first city in the country to receive a Tribeca Disruptive Innovation Award, which is given to groups that “have broken the mold to create significant impact” in public-policy areas such as education and health care.

And just last month, local officials announced plans to create a “learning-innovation playbook” to help other cities undertake similar work. The idea for the project came from the White House Office of Science and Technology Policy.

Among the innovative initiatives highlighted in Education Week are:

The Kids+Creativity Network, anchored by groups including the Grable Foundation, the Sprout Fund, Carnegie Mellon University, the Children’s Museum of Pittsburgh; the city’s public libraries, the Pittsburgh Technology Council, a trade association, and the Allegheny Intermediate Unit, a public administrative agency that provides support to 42 area school districts.

The Children’s Innovation Project, a collaboration started by a classroom teacher, a local artist and a university robotics lab that led to the development of simple wooden “circuit blocks” and related instructional materials that teach children the basics of electricity and cultivate their curiosity.

Message From Me, a new app for preschoolers developed by Carnegie Mellon University and the Pittsburgh Association for the Education of Young Children, which centers around a simple digital tool, extensive training for the adults who will be using it with children, and outside-the-box outreach that will soon include weekly programs at a local barbershop.

Says Education Week: “The energy and innovation flow from a close-knit network of philanthropists, educators, technologists and advocates who prize collaboration over competition.” 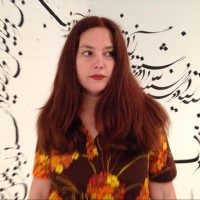