Oli’s Angels delivers free support to moms before, during, and after birth

On Christmas Day 2010, Brandy Rawls suffered a loss that would alter the course of her life forever.

After a difficult labor, Rawls, then 23, gave birth to her son, Oliver Preston Rawls. But instead of experiencing the elation she expected to feel, Rawls plunged into despair when doctors delivered devastating news. Oliver was stillborn.

“It was sudden and tragic,” says Rawls, who was single and surviving on public assistance at the time. “I had no idea it was going to happen.”

After the initial shock subsided, Rawls, of Monroeville, began to reflect on her entire pregnancy experience. She realized she had not felt as supported as she could have been. From that point on, she decided to make it her personal mission to keep other women from feeling the same way.

That goal is coming to fruition with the launch of the nonprofit Oli’s Angels, providing free comprehensive resources and support to low-income and at-risk families before, during and after the birth experience. Oli’s Angels will offer doula services, lactation education and support, family resources, support groups and pregnancy and infant loss services.

Rawls became a certified birth and bereavement doula in 2014 and worked with agencies around the Pittsburgh region.

“I saw a lot of women in lower-income demographics who were not as educated as they could be,” regarding their pregnancies, she says.

Oli’s Angels will aim to reach such women and offer them everything from preventative education to postpartum services. Rawls is serving as the executive director and has a team that includes a director of family services, a childbirth educator, and a licensed social worker. Oli’s Angels also will offer spiritual care for clients who request it, she says.

Joyce Coles of North Braddock, Oli’s Angels’ director of family services, has worked as a doula for eight years. She says her role with the organization allows her to pursue her passion for helping underserved families.

“Working with Oli’s Angels gives me the opportunity to work with a group of awesome dedicated women who believe in the same cause,” she says. “Birth matters, and even in loss it can be a beautiful experience.”

While most services will now be offered at clients’ homes, the ultimate goal is to have a physical location for Oli’s Angels. The organization will focus its efforts largely on the Braddock area in its early days as Rawls has a personal connection to the community. She lived there when she was pregnant with her own child.

Rawls admits the work she is doing can be difficult but knows the impact outweighs any challenge.

“It’s not easy to take something so painful and turn it into a service for other people,” she says. “You are stepping into a very sacred and vulnerable space. It can be painful when you have your own story. You have to realize it’s not about you.” 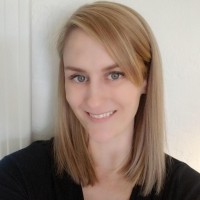