While a college student working in environmental studies, Will Tolliver spent his summers as a camp counselor for Pittsburgh Parks Conservancy. Among the sessions he taught was Habitat Explorers in Homewood. One of the kids in his group told him that he wanted to be just like Will when he grew up.

“What he saw in me was a person, a role model, someone who looked like him,” Will says. “He saw the love and caring I was bringing to that role.”

That was Will’s aha! moment, the one that changed his career path. Working with kids – and for the well-being of kids – became the focus.

Will’s drive and experience eventually brought him to his current position as manager of early childhood learning at the Children’s Museum of Pittsburgh.

It seems a natural choice for Will to be named one of the 17 educators from across the country to be added to the roster of PBS Kids Early Learning Champions.

This new PBS Kids program recognizes these early learning educators with more than a pat on the back. Each champion receives training to develop their skills and advance their influence in early learning. Community building and leadership talents will be among those to be cultivated.

“At PBS Kids, we’re committed to helping children succeed in kindergarten and in life by engaging the entire ecosystem in which they learn,” says Sara Schapiro, vice president for PBS Education. “Early educators play a critical role in this community but are rarely recognized for their tremendous contributions to our youngest learners. We are excited to honor, connect and applaud these important teachers and care givers.”

Through the Champions program, Will hopes to build new collaborations and to guide those who wish to engage and educate their audiences in innovative ways.

“I just try to spread love, kindness, empathy and acceptance,” Will says, “because kids are watching us.”

Will’s path to early childhood education was not typical. He pursued a degree at Allegheny College Meadville in environmental studies, with a minor in community and social justice studies. During college, he worked for Creek Connections, a project that focuses on providing water-quality education in schools.

By graduation, Will was committed to early learning.

He found a position with Buzzword Pittsburgh, a collaboration between local nonprofits to foster early childhood literacy. Next stop: Trying Together (formerly PAEYC), where he managed grants and initiatives surrounding early learning. While there, he was selected as an Early Learning Policy Fellow by the Pennsylvania Dept. of Education Office of Child Development and Early Learning.

“That really gave me a deep dive into the landscape of early childhood education,” Will says. “All of my experience came from the ground level with local programming. And then I got a bird’s-eye view at the state level.”

Coming to the field from a different background, Will believes, gave him a unique perspective from those with a traditional early childhood education degree. He’s filled in gaps in his education with help from mentors and colleagues.

On the job at the Children’s Museum, Will’s projects fit right in with his desire to foster a love of learning and social justice. He has been a key figure on the team that created “XOXO: A Project about Love & Forgiveness,” for example. The exhibit inspires thinking about love and forgiveness and helps kids and parents explore what makes them sad, mad or happy.

“Will takes a layered-on approach and has risen to the occasion in many moments,” says Jane Werner, executive director at the Children’s Museum. “His work around love and forgiveness stands out. The role he plays on that team is especially noteworthy. He responds in a way that is very genuine. He is a unique and wonderful talent.” 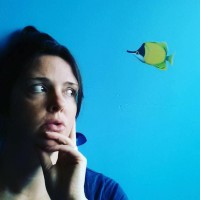 Maya's son calls her a chef-writer. When she's not writing about architecture or editing the Pittsburgh Chapter of the American Institute of Architects' online magazine Maya can be found giving healthy cooking demos and working one-on-one with busy moms to help them prioritize their own health and the health of their families.
Loading Comments...