Most people look forward to retirement, often without knowing what they’ll do with their time. Penny Anderson Brill knows. She’s eager to retire from the Pittsburgh Symphony after 40 years because it will free her to devote even more time to a cause that has consumed her for nearly 20 years.

She loves bringing live music to kids in hospitals.

Her commitment isn’t limited to UPMC Children’s Hospital and other local institutions. When the symphony goes on tour, Brill makes it a point to take her viola to children’s hospitals in cities around the world. Just as her advocacy for music therapy has contributed to expanded programs locally, Brill also serves the cause on the boards of national and international organizations.

“Penny is so passionate about music therapy and live music in the hospital because she wants the best for everybody,” says Kory Antonacci, program coordinator of Creative and Expressive Arts Therapy at Children’s Hospital. Antonacci has worked with Brill for a long time, first at the Woodlands Foundation for children with special needs and other local non-profits. She’s played for kids at Children’s Hospital since 2010.

“I think what makes her so effective with kids is that she gets right down on the child’s level,” says Antonacci. “She’ll get down on her hands and knees and speak to a child with the utmost respect. She’d be the first person to hand her viola or bow to a child.”

Personal experience taught Brill the value and importance of music in a healthcare context.

“I was diagnosed with breast cancer in 1999 and had to undergo several diagnostic procedures, then a mastectomy, and a year-and-a-half later, reconstructive surgery,” she says. “I wanted to see if playing music and listening to music would make a difference in my anxiety or just kind of coping. I found it made a huge difference. So did the people who were caring for me, who asked what I had done because I recovered so much faster than expected.”

After wondering why music therapy was not used more often in hospitals, she connected with music therapists and began the advocacy part of her crusade. Her first success was with local foundations, which funded two hospital music therapy positions.

Brill’s pioneering work has led to more official and expansive music therapy efforts at local institutions. Children’s Hospital’s infrastructure now enables her to expand from one-on-one contact to sessions with a small group of kids. Those sessions can be broadcast into the rooms of patients who are immunocompromised.

After about 12 years of independent work with music therapists and advocacy, often with volunteer help by other orchestra musicians, Brill says the Pittsburgh Symphony “kind of adopted it.” It’s a natural extension of the symphony’s community engagement efforts. Brill helped implement the Pittsburgh Symphony’s Music and Wellness program.

Between patient contact and advocacy work, not to mention her symphony job, Brill leads an exceptionally active life.

“When I have successful interactions with patients, it’s strengthening and gives me more energy,” she says. “Knowing that I can do some good, especially in these times, is important. Doing meaningful work keeps me going.” 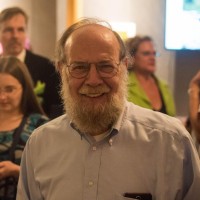 Mark Kanny is a freelance writer who wrote for the Pittsburgh Tribune-Review and Pittsburgh Post-Gazette for more than 30 years. In his youth, he wrote for the NY Times and other publications. He lives in Avalon with his family.
Loading Comments...