There is now a comprehensive and interactive website with all the information you need about Pittsburgh’s parks and recreational programs.

What hours are the pools open? Can you reserve a shelter? What special events are happening this week? All the answers can be found on the new Citiparks website.

In addition to the site, there is an interactive guide to 160 miles of trails superimposed on an aerial photo of the city. You can check out a trail’s elevation, length and difficulty rating. There are options for everyone from “Park Pathway” to “Advanced.” Some even come with special instructions. For example, the site notes that the Iron Gate Trail in Frick Park is “heavily used by mountain bikers coming down from the uphill section.” Walkers, beware!

The new Citiparks site not only features in-depth information on the five regional parks (Schenley, Frick, Riverview, Emerald View and Highland), but also the city’s 10 community parks, five riverfront parks and 150 neighborhood parks. The neighborhood parks are searchable by name or neighborhood and tell you the address and any amenities the park has — such as playgrounds, dog parks and basketball courts.

“This critical information had been missing for far too long,” said Mayor Bill Peduto in a statement. “We have always known the social, health and economic impacts of having access to park and recreation space, but during the pandemic, we all saw firsthand how much we relied on our parks. Now, we’re able to provide the people of Pittsburgh with a place to learn about their parks like never before.”

Did you know that the city’s newest community park is August Wilson Park in the Hill District? It was previously known as Cliffside Park because it was along Cliff Street overlooking the Allegheny River. In 2016, it was redesigned and renamed August Wilson Park, after the Pulitzer Prize-winning playwright whose house is located nearby at 1727 Bedford Ave.

The trails were mapped by the city’s Department of Innovation & Performance. The data will also help with planning, maintenance and public safety. 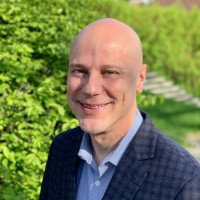